Our Dynamic Performers staff are highly qualified and offer singing lessons and vocal coaching to all ages and in all styles.

Miss Carolyn and Miss Cassandra have a wealth of experience both on the stage and off, and are incredibly encouraging and motivating to all, whether you want to learn for fun or for something a little more serious. 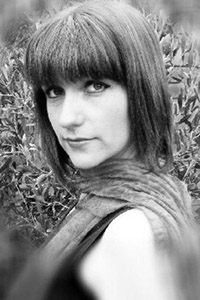 Carolyn’s foray into the entertainment industry began with dance lessons at the age of 3 and she has been classically trained in voice for 10 years.
Her early aptitude for performing led to roles in musicals such as Annie, The Music Man, 42nd Street and The Sound of Music but her skills as a vocal coach were always in demand. This prompted Carolyn to move into the production side of theatre.

Shows such as Joseph and The Wiz followed and when approached by an interstate theatre company to be on their production team for Chicago, distance proved no barrier. With coaching via skype and flying in as required for master classes Carolyn was able to live up to her motto….”Find A Way”.

Carolyn teaches voice privately and is one of the founding members and lead vocal coaches at Dynamic Performers Australia. 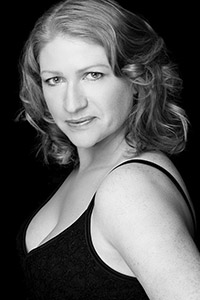 Originally hailing from Tasmania, Cassandra Beckitt studied classical voice at the Conservatorium of Music in Hobart. She has worked with many theatre companies, both in Tasmania and in Victoria, and performed such roles as Jane in The Witches of Eastwick, Eliza Doolittle in My Fair Lady, and Marrianne in the Victorian amateur premier of Shout! In 2006 Cassandra advanced to the top 100 singers in the ABC production of Operatunity Oz. She has performed with the Gilbert and Sullivan Society of Victoria, having leads in their productions of The Sorcerer and The Gondoliers. Cassandra has performed the roles of Linda Porter in Red, Hot and Cole with WMTC, and of Lily in The Secret Garden with PLOS. Last year she was cast in the coveted role of Carlotta in Windmill’s The Phantom of the Opera, for which she received a Guild nomination, a Lyrebird nomination, and received the Theatrepeople’s Choice award for best supporting actress. Cassandra has performed with the Opera Studio of Melbourne in their Opera in the Park, toured rural Victoria with Opera Supresto, and tours regularly to Tasmania to perform with comedy theatre group, The Three Sisters.

Cassandra has been a vocal teacher in the area for 15 years, working at studios and many different schools as well as taking after hours school care dance and drama workshops in primary schools in the Wyndham community. She has musically directed pantomimes in Altona and directed productions with St Andrews Theatre Company.

Cassandra has 35 years of dance training under her belt in many different styles including Jazz, Tap, and Highland dancing. She has choreographed many school productions with Westbourne Grammar School and Brimbank Secondary College.

Thanks for your enrolment!

We’re looking forward to you being part of our Dynamic Performers family!